This news article is from our news archive, details may be out of date - thank you.
Burncoose Nurseries win GOLD at RHS Chelsea Flower Show

After months of planning, designing, and growing, all of the hard work paid off this morning when Burncoose Nurseries received the news that they had been awarded a well-deserved Gold Medal for their garden at the RHS Chelsea Flower Show.

Designed by Geraldine Hood-Leeder and Louisa Lazarowicz, The Burncoose Nurseries garden, which is once again supported by Terra Firma Capital Partners, celebrated the 100-year anniversary of the first meeting of The Rhododendron Society, which held its first AGM at the Chelsea Flower Show 1916. 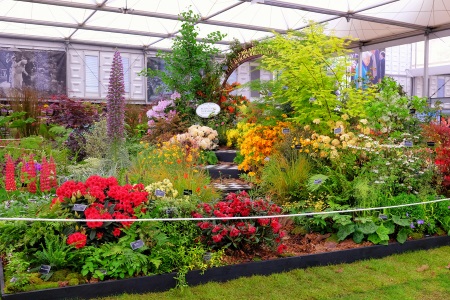 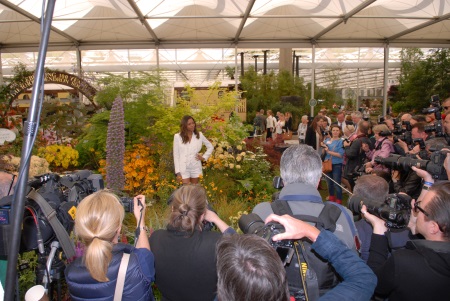 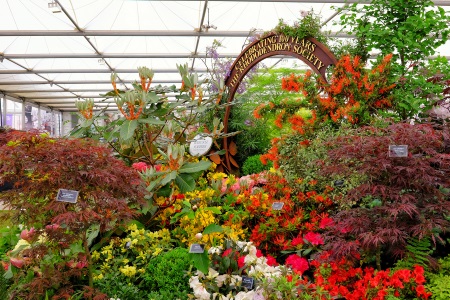 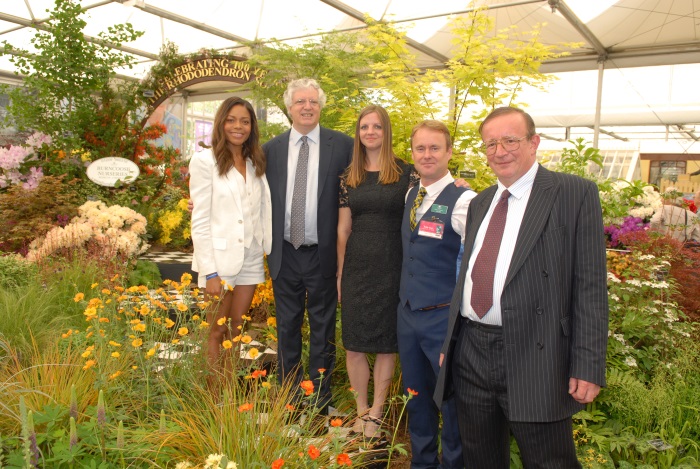 Forerunner to the present Group, The RHS Rhododendron, Camellia and Magnolia Group, The Rhododendron Society was formed in 1915 by Charles Eley, John Guille Millais and JC and PD Williams and it held its very first AGM at the RHS Chelsea Flower Show 100 years ago, in 1916. Owner of Burncoose Nurseries, Charles Williams, is the great-grandson of founding member, JC Williams.

Charles was joined at Chelsea Flower Show by Rupert Eley, the great-grandson of Charles Eley and David Millais, great-nephew of J G Millais.  All three descendants are key members of the present day Group.

In the 100 years since the first meeting of the Society, the Group has evolved. It now has 700 members spread around the world, and has extended its scope of interest, now known as The RHS Rhododendron, Camellia and Magnolia Group. The Group is a Partner Group of the Royal Horticultural Society and achieved charitable status last year, with its aim to ‘educate the public about the plants we love, to help to conserve plants for the future and to support professional gardeners and taxonomists by means of travel sponsorship to further knowledge of the species and varieties’.

Commenting on the news of the Gold Medal win, Charles Williams said, “We are delighted to be working with The RHS Rhododendron, Camellia and Magnolia Group to celebrate the centenary of the first AGM of The Rhododendron Society at RHS Chelsea Flower Show, 1916.   As part of our exhibit we are showcasing a selection of well-known favourites, as well as highlighting varieties which were popular 100 years ago. We are also showing never-before-seen historical documents and letters dating back to the start of the Society.

“Winning a Gold Medal is a great honour and testament to all the hard work of the team. I’d like to thank them for the efforts and I’d also like to thank Terra Firma for their continued support of Burncoose Nurseries at RHS Chelsea Flower Show.

Commenting on the garden, which showcased a stunning display of rhododendrons, some dating back to the time the Society was launched, along with a selection of rare and lesser known varieties, Naomie said, “It was an honour to attend Chelsea Flower Show on behalf of The Prince’s Trust. The Burncoose Nurseries garden, which celebrates the 100-year anniversary of the Rhododendron Society and its modern day group, is a fantastic example of how, over time, things can develop, evolve and grow when they have support, dedication and passion at their core. These are key values of The Prince’s Trust.”

Guy Hands, Chairman and Chief Investment Officer of Terra Firma Capital Partners, said, “Once again the Burncoose Nurseries show team have created a beautiful garden with a wonderful theme. This garden is a worthy celebration of the 1916 Society and the modern day RHS Rhododendron, Camellia and Magnolia Group. We are very proud to be supporting Burncoose Nurseries, and to also take this opportunity to highlight the great work being done by the Prince’s Trust.”
Return to Chelsea 2016 details
Terms & Conditions