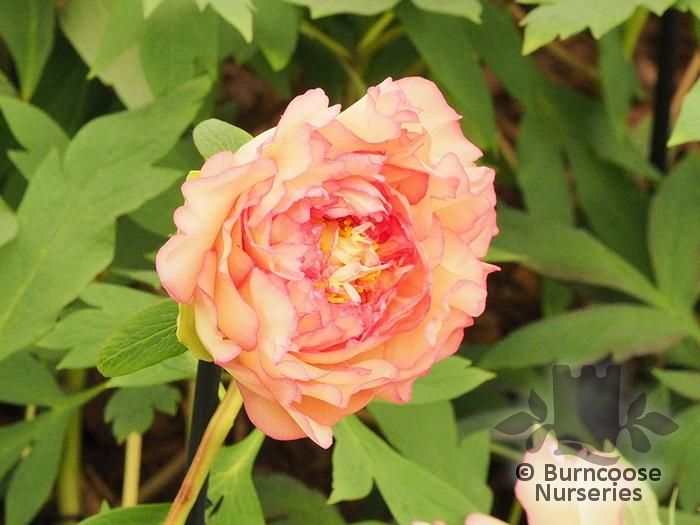 Genus of about 30 species of clump-forming herbaceous perennials, and deciduous and sometimes suckering subshrubs known generally as tree peonies. These have woody stems with lax branches with some species reaching 2.5m (8ft) in height. Herbaceous peonies have attractive large dissected leaves and flowers are large, sometimes very showy and fragrant in some varieties though the flowering period, in early summer, is short-lived at 7-10 days. Outrageously beautiful is a description commonly applied. Although said to resent disturbance, careful handling should not cause a setback.