Please Click here for latest ordering and Covid information. As per current government guidance, face masks are required when paying at the cashpoint.
'P' > PEARS > 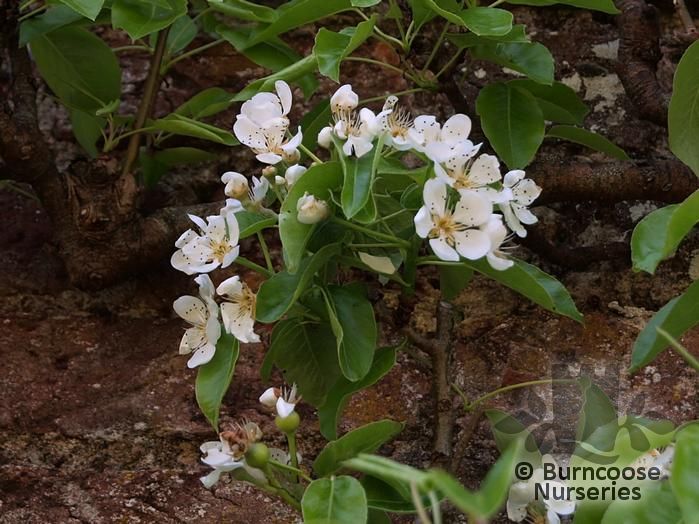 SYMBOL of immortality for the ancient Chinese (a tree can live for 250 years) the domestic pear has been grown in the UK since 995, with a noticeable French connection.

The ingredient of perry and a good source of dietary fibre.

The wood is favoured by makers of high quality woodwind instruments and for woodblocks for printing. It resists warping and does not contaminate food so is used for cooking utensils.

Pears are found from western Europe and northern Africa and eastwards across Asia, probably originating in western China. There are about 20 widely recognised primary species and possibly over 3000 varieties.

The rare Plymouth pear (P. cordata), found in 1870, is limited to Plymouth and Truro. It is also found in areas of Brittany and northwestern Spain and Portugal. It is not certain that this is an ancient inhabitant but as a scarce and unique genetic resource it could be valuable for hybridisation.