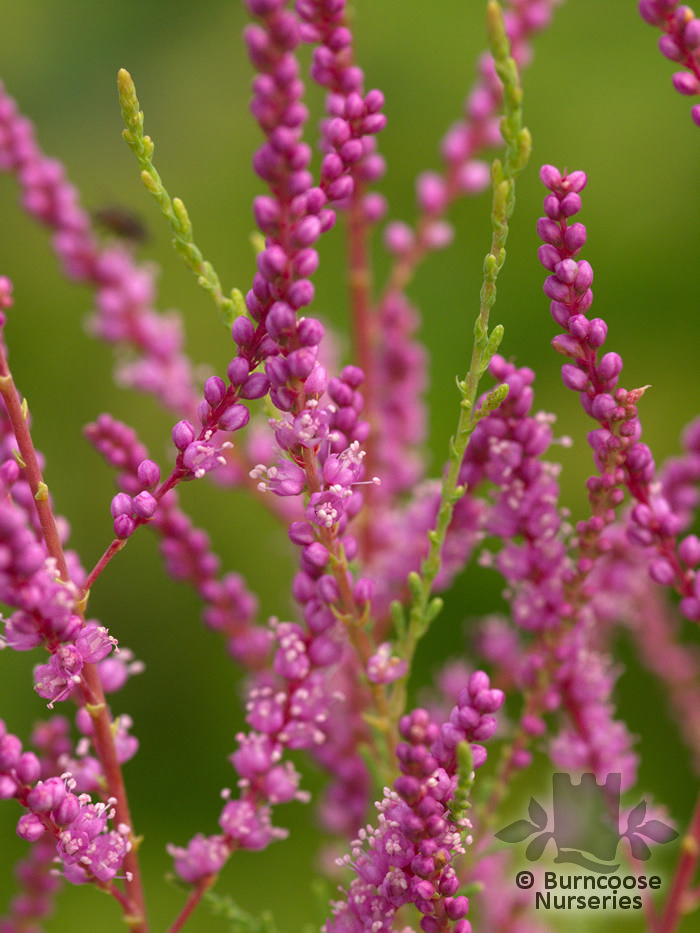 
Commonly known as: Tamarisk.
A little known Dutch variety with white rather than pink flowers
Click to view more details >


Commonly known as: Tamarisk.
Flowers are rose-pink and a spectacle in late summer or early autumn when mingled with feathery green foliage
Click to view more details >