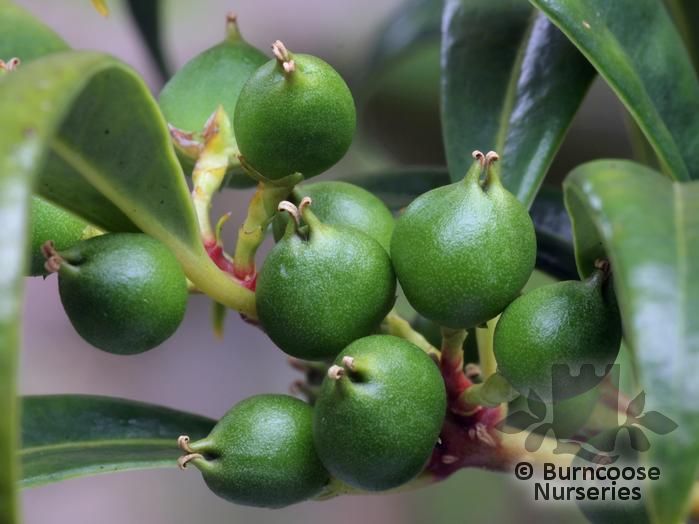 Christmas box grown for its scent rather than the close-clipped hedges and topiary of Buxus though will make a low, informal hedge.

Tolerant of neglect, a fine plant with glossy leaves for a dull, shady part of the garden.

Genus of 11 species of monoecious, evergreen shrubs found in moist, shady places, forests and thickets from China to the Himalayas and southeastern Asia.


Commonly known as: Sweet box.
An attactive form with young stems and midribs of the leaves flushed purple
Click to view more details >