Please Click here for latest ordering and Covid information. As per current government guidance, face masks are required when paying at the cashpoint.
'E' > ERIOBOTRYA > 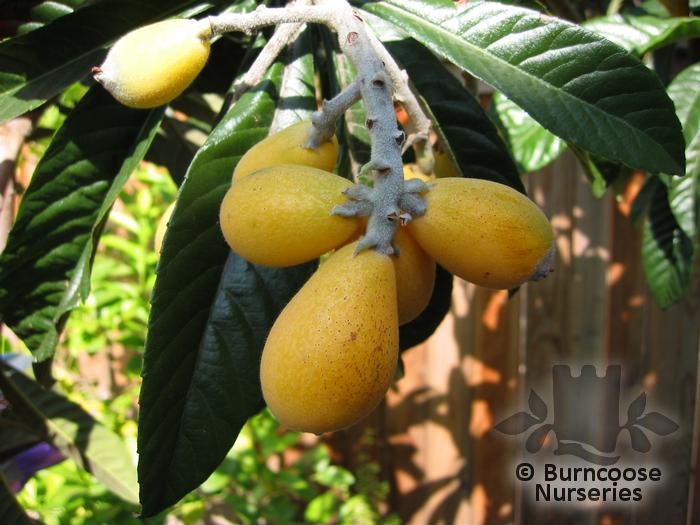 Unusual in that flowers form in autumn and the fruit ripens from spring to summer if conditions are warm enough - rarely in the UK, yet.

Genus of about 30 species of evergreen shrubs and trees from woodland in the Himalayas and eastern Asia.

Originally from China, the loquat is so easily grown in sub-tropical and mild-temperate climates that it has become naturalised widely.

Over 800 cultivars exist in Asia. Spain is the European producer.

An Italian liqueur, nespolino, reminiscent of amaretto, is made from the seeds, the cyanogenic glycosides providing flavour without the risk of harm.