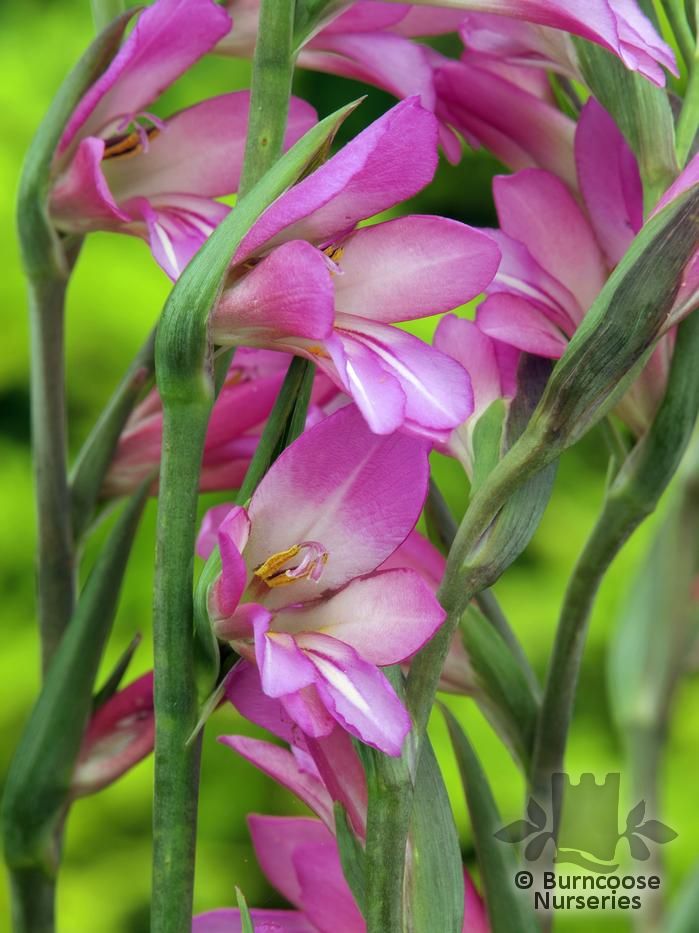 Genus of about 180 species of cormous perennials from rocky slopes, seasonally dry grasslands and marshy areas mainly in South Africa, but also from the Mediterranean, the Arabian Peninsula, northwestern and eastern Africa, Madagascar and western Asia.

The colourful, showy spikes have been developed into over 10,000 hybrids and cultivars.