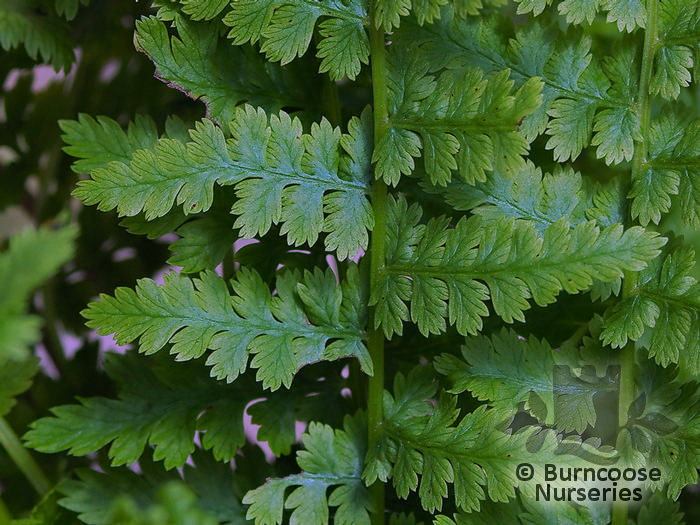 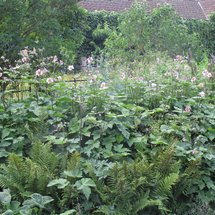 
Commonly known as: Crown fern, Dwarf Brazilian tree fern.
Large fronds up to 2ft or more with new growth a striking bronze colour. Will tolerate frost to -5°C but would benefit from shelter and some winter protection
Click to view more details >


Commonly known as: Golden male fern.
Large crests on the pinnae and on the end of each frond
Click to view more details >


Commonly known as: Soft shield fern.
3 pinnate fronds often with bulbils along the midribs of the fronds
Click to view more details >